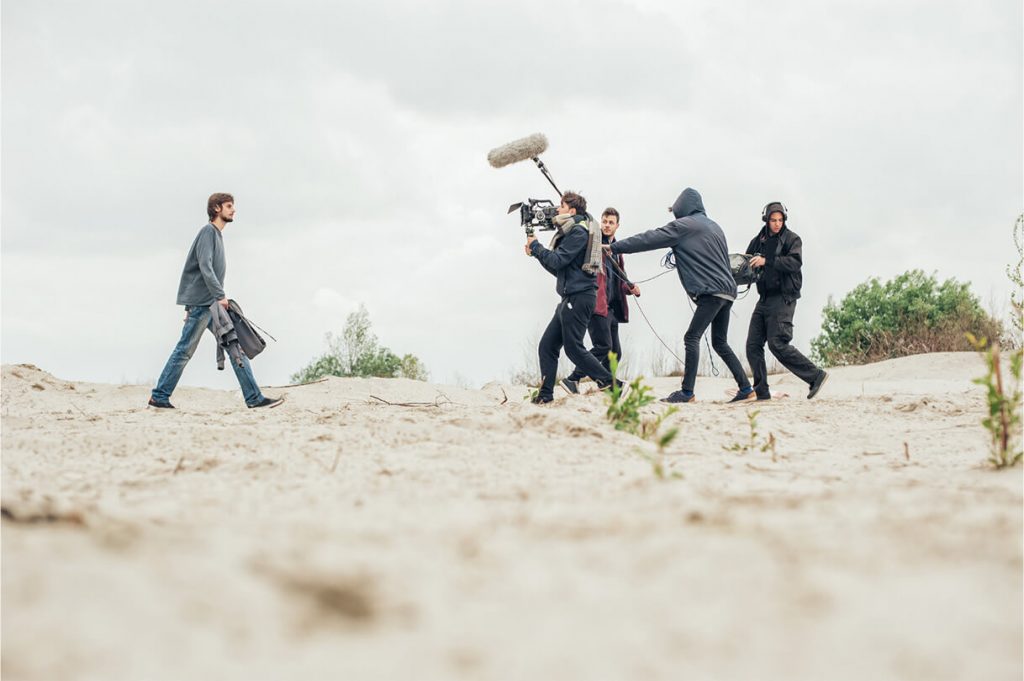 We see a large number of innovations in the documentary genre, from new technologies and interactive formats to a different role for subject and audience. In this series of articles, Sander Hölsgens uses examples to explore how documentaries can contribute to a polyphonic reflection of our complex world. In this first article, we focus on documentaries that use a combination of media forms (mixed media) to bring about social change. We discuss how the interactive web documentary Big Village Story explores the boundaries of the genre and asks critical questions about the representation of a diaspora.

This article was originally published in Dutch on www.smallstreammedia.nl
Authors: Sander Hölsgens and Tamara Witschge

In June 2020, Big Village Story, a web documentary by Beri Shalmashi and Lyangelo Vasquez about the diaspora of a Kurdish community from Iran, was released. Shalmashi and Vasquez reconstruct stories from Gewredê through photos, videos, illustrations and sound art. In the 1980s, this mountain village in Iraqi Kurdistan was the headquarters of a Kurdish resistance group feared by the Iranian government.

Gewredê – where Beri Shalmashi spent part of her childhood – was eventually destroyed by the ruling regime. Like many fellow villagers (and many other thousands of Kurds from the region), Shalmashi and her family had to flee. In Big Village Story, former residents talk about their memories of this place and period. It is, in the words of Beri Shalmashi, “a reconstruction of a bombed-out past”.

From the stream on the edge of the village to the local radio tower, Big Village Story gives you the opportunity to explore Gewredê’s spoken and imaged history at your own pace. The emphasis is on a multitude of media forms: Suzan Hijink’s illustrations reconstruct the destroyed architecture and environments; the memories of the former residents resound in Regard Ibrahim’s layered soundscapes; Naz Taha and Sham Jaff’s infographics share fundamental knowledge about the Kurds in the diaspora.

Barring exceptions such as essay films and experimental documentaries, documentaries often take one specific narrative as their starting point. Big Village Story questions this narrative form: using different media forms, Shalmashi and Vasquez try to do justice to the variety of layered, traumatic and sensory memories of Gewredê.

Big Village Story is a polyphonic documentary that shows that a collective history is shaped by a diversity of oral and personal narratives and identities. These perspectives also highlight the multiple systems of oppression this community faced during their resistance in the 1980s – from religious hegemony to institutional racism. The documentary offers an intersectional perspective by interpreting and critically relating these different systems of oppression. In other words, Big Village Story uses mixed-media narrative forms to provide insight into how power and impotence have an impact on an everyday level.

Big Story Village received a subsidy through the Non-Fiction Transmedia Scheme of the Creative Industries Fund NL and the Film Fund. This scheme has since been replaced by Immerse\Interact, which is aimed at stimulating innovative media productions – as Syb Groeneveld (2019) of the Creative Industries Fund NL emphasizes: “The Immerse\Interact scheme gives makers of cross-over productions in the Netherlands the opportunity pushing the boundaries of storytelling, entering into new collaborations, finding a new audience and presenting yourself internationally”.

That sounds good, but what kind of work does it entail exactly? Mixed-media documentaries, i-docs, cyber-docs, transmedia, cross-over productions, immersive non-fiction: all these terms try to capture the innovations and experiments in documentary production. What these new forms have in common is that they each move away from conventional, linear film production, in search of new formats that are more experimental, inclusive and interactive. It is not so much a new genre, but rather a shared attitude towards documentary.

In the leading book I-Docs: The Evolving Practices of Interactive Documentary (2017) by editors Judith Aston, Sandra Gaudenzi and Mandy Rose, various researchers, filmmakers, artists and journalists explain what this new form of documentary means for them. The following conditions and characteristics stand out to us in the various chapters:

The social role of mixed-media documentaries

Big Village Story is a good example of a production in which these parts come together. The former residents of Gewredê who have been interviewed each shine a unique light on the history of the village – and the resistance movement that housed it. This is powerfully implemented in the design and structure of the documentary. Personal anecdotes are accompanied by family photos and illustrations that capture the intimate tone of the story, while more historical accounts are fed by archival videos and diagrams. This also has an impact on the viewer: you forge your own path through the village and thus relate to the stories from the documentary in a more sensory and committed way.

The role of the viewer has been deliberately considered, as Shalmashi underlines in a recent interview: “With a traditional film, your format is fixed, depending on where you are going to pitch it. Now it could be as long or as short as we wanted. (…) With the choices for characters and interviews, we constructed themes and stories with a kind of head and tail. Always with the thought in mind: what does the online audience want and what can it handle?”

Big Village Story emphasizes the power of mixed-media documentaries: by means of layered and interactive co-creations they indicate the complexity of social issues. In the upcoming articles, we will successively discuss why these productions lead to new forms of collaboration, how documentary makers use new technologies and how archives are brought to life.