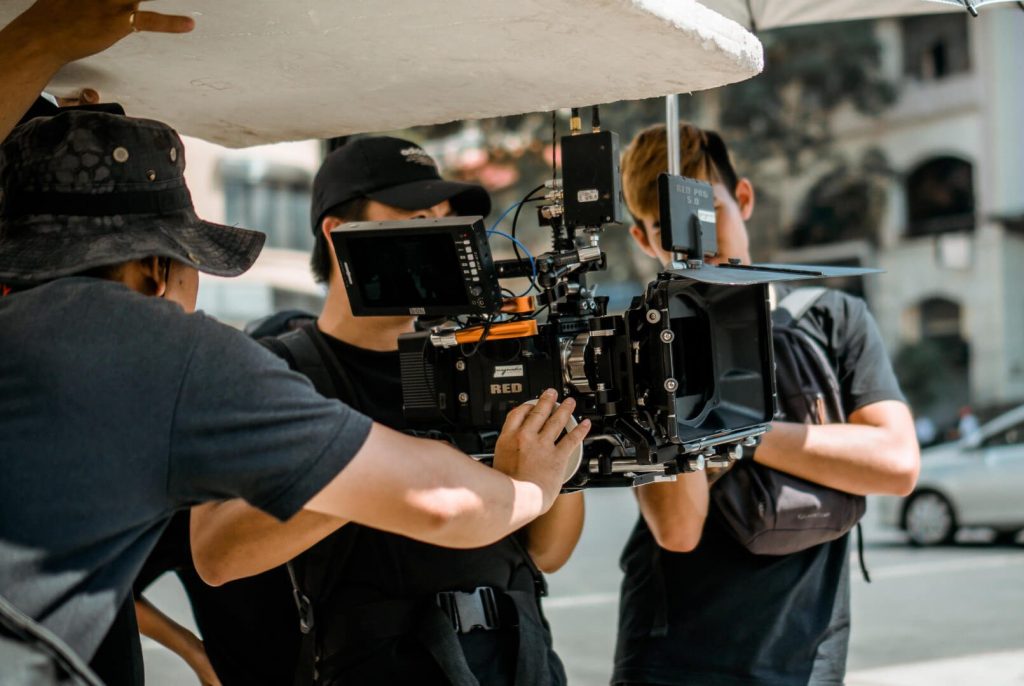 This article was originally published in Dutch on www.smallstreammedia.nl.
Authors: Sander Hölsgens and Tamara Witschge

Just like in major fiction films, the directors of documentaries get the most attention. But is this right? Don’t documentaries exist by the grace of collaborations? In this second article on mixed-media documentaries, we discuss the fluid role of makers and audiences. We use examples to show how new, unexpected and experimental collaborations are created.

In the 1990 research article Documentary is/not a name, Trinh T. Minh-ha sighs that committed documentary makers display the same authoritarian traits that they want to question with their work. These socially conscious filmmakers are – as Trinh himself describes it – all-powerful voters who determine without batting an eyelid from their position of authority and self-ascribed moral superiority which stories are worth telling.

The rhetoric in which a person, organization or institution claims to give others a voice can also be found in many places today and in the Dutch context: the aspiring broadcaster Ongehoord Nederland wants to give ‘unheard’ Dutch people a voice in Hilversum; the municipality of Utrecht hopes to give young people a voice in their policy-making; Aid organization UNICEF wants to give children in different parts of the world a voice “to influence decisions that affect their lives”.

Trinh – also a filmmaker herself – criticizes this practice, which she calls a colonial attitude, in which a voice is given to marginalized people. Because, as OneWorld editor-in-chief Seada Nourhussen also wrote last year, “these people should already have [that voice]. This noble attitude expresses a savior syndrome, which borders on delusions of grandeur”. What does this mean for documentary makers? How do you do justice to this criticism? What other ways are there?

Working with, not talking about

Golden Snail Opera (2016) is a polyphonic documentary that emphasizes that things can be done differently. It is a self-critical and performative work that focuses on the relationships between the human and the non-human, with an organic rice field as a backdrop. Filmed in Yilan County in northeastern Taiwan, Golden Snail Opera brings together diverse knowledge systems – from folktales about regional spirits and deities to personal experiences and scientific research.

This approach is characteristic of multimodal documentaries. This type of work often involves interdisciplinary collaboration, from professionals and researchers to media makers and designers. And, crucially, the making process takes place in close consultation with the filmed. The underlying idea is that documentaries should not just be about individuals or communities, but be made together with them.

It is precisely in this way that the makers make visible the power structures that are inherent in documentary film, also when it comes to their own work: Golden Snail Opera questions who is behind the camera, how they got there and which perspectives are represented. The underlying goal of the underlying collaborations is not only representation, but also to work towards collective power in order to be able to defy existing structures together.

The Golden Snail Opera team takes it one step further by working on a documentary form that also does justice to the complexity of the more-than-human. The film starts with abstract images and a soundscape that is just as hard to identify. Only after about three minutes it becomes clear that we, as viewers, are hitching a ride on a water snail’s house – via a tiny spy camera that we have put together ourselves and a contact microphone.

This use of new recording technologies is not unique. Before Leviathan (2012), filmmakers Lucien Taylor and Véréna Paravel have already placed GoPro cameras on or near bodies of fish, gulls and sailors to capture and imitate their sensory experiences.

Golden Snail Opera, however, takes a slightly different approach. At no point does the documentary suggest that we are watching from the perspective of non-human species. Instead, it is about the friction between the human perspective and the life of other species – with the rice field as a shared ecology. Or, as the research team describes it:

“Our first film footage is taken with a microcam carried by a giant African snail (an invasive plague in Taiwan) who observes the paddy from its muddy margins. The underwater snail is our golden snail protagonist. Golden snails’ sounds were recorded by an underwater contact microphone. By recording the snail, but not explicating its sounds, we hope to convey the friction (see Tsing 2005) of contact across radical difference; this is also our aim in presenting only partially translated human talk. Here, we join multispecies ethnographers, but rather than searching for humanlike morality and consciousness, our performance piece stresses relational curiosity and the ecological consequences of living in common.”

The notion of co-creation takes an unexpected turn here. It is not just about questioning and breaking open the power relations between makers and non-makers, as is the case in several mixed-media documentaries. Golden Snail Opera explores through the medium of film where the limits of human knowledge lie: is it possible to enter into a more-than-human collaboration? What ethics underlies this? What does it mean when a snail is one of the protagonists of a documentary? How far can we stretch concepts such as ‘cooperation’ and ‘co-creation’? And what does that actually say about our position in the world?

The role of the public

Viewers also cannot avoid self-reflection when they watch Golden Snail Opera. In addition to about an hour of footage, Golden Snail Opera consists of twenty-five pages of text. The text is based on a recent form of Taiwanese amateur opera (o-pei-la (胡撇仔) and looks suspiciously like a script that brings together different perspectives. In this running text, a farmer, scientist and wandering ghost tell stories about the rice fields and farms in Yilan County.

The Golden Snail Opera script has a queer sensibility, in its own words, in which the expectations of identities and roles do not always correspond to normative expectations or an absolute reality. It leads to a fantastic choreography of experiences, anecdotes, consternations, insights, humor, criticism and poetry that runs parallel to the equally versatile visual material.

This results in another form of collaboration, namely between makers and viewers. The team hopes that viewers – individually or as a group – will play the script to perform the ‘opera’ themselves and thus play an active role in knowledge production.

Media artist and researcher Ramona Pringle argues in I-Docs (2017) that interactive, mixed-media documentaries revolve around an active attitude of viewers. This takes various forms: from looking around in a VR installation to making direct choices in a web documentary.

Pringle, as well as other media scientists, see this active role of the viewer as the main difference between linear and these new forms of documentaries. It is important to note that this is not simply about testing concepts or shapes. While this shows what resonates and what doesn’t, in the new formats we see a call for a more critical and fundamentally different understanding of the role of the audience.

A good example is the way in which the feminist film collective Ethnocine discusses the active role of viewers. They position viewers as committed participants. They hope that “audiences not only come to learn or empathize with “other” social worlds, but instead hold space for, act in solidarity with, and dare to reimagine our shared social worlds”. So it’s not so much about a documentary resonating with viewers, but about how viewers relate to the social worlds that are central to the work.

In the magazine Cultural Anthropology, the film collective describes the underlying values ​​and questions: it mainly concerns a critical awareness of position, a recognition of polyphony, an awareness of representation and the importance of collaboration. All this determines who is behind the camera, how narratives are constructed and whether a documentary can contribute to a movement or community – for example to mobilize a political movement.

Sandra Gaudenzi, founder of the !F Lab for interactive storytelling, emphasizes how iterative design practices can be applied to documentary productions. Based on long-term research, she has developed a methodology around this. The spearheads: work interdisciplinary and include your ‘user’ as early as possible in your creative process – for example in brainstorming sessions or when testing prototypes.

Just as Trinh criticizes the idea of ​​voting, there is also criticism of this way of working. This mainly concerns the belief that viewers can be seen as ‘users’. Adam Lefton, a creator who spent years developing interactive experiences for users, even calls it unethical. In his words: “Labeling people as users strips them of complexity. It reduces humans to a single behavior, effectively supporting a view of people as more like robots whose sole function is to use a product or feature”.

In order to enter into meaningful and equitable collaboration with mixed-media formats, it is therefore crucial to question the balance of power and to examine the role of maker, participant and audience. Who actually benefits from co-creation? And how do you, as a documentary maker, prevent that you do not still collaborate instrumentally and out of self-interest?

Golden Snail Opera shows how this can be done. Due to the structure of the opera, the work invites viewers to investigate and question their role and involvement. Over the years, dozens of lectures by and with viewers have even ensured that a new montage of the film was released in 2019 – including voice-over and an adapted soundscape. This was not planned in advance, but the research team was so inspired by the interpretations of the documentary that they wanted to work on it again themselves.

The research team and the use of the different technologies and media were aimed at ensuring that everyone can appropriate the documentary – whether in the form of a lecture in costume or a critical conversation about the more-than-human. As long as it happens together.